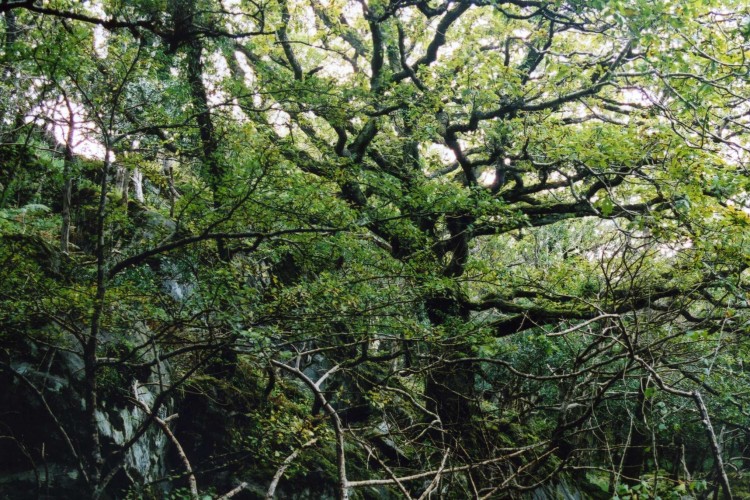 Most people think that to experience rainforest you need to travel to Latin America, Central Africa, or parts of Asia. Well, if you want to see tropical rainforest, that’s certainly true! But there’s another type: temperate rainforest. 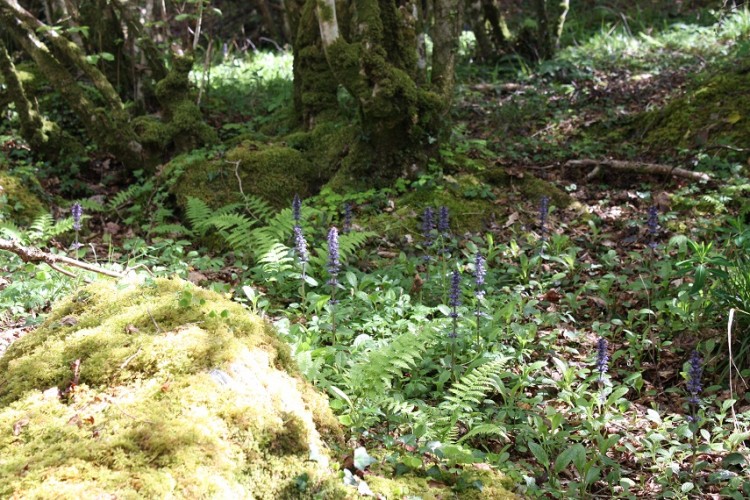 A wealth of biodiversity

Beara Rainforest is a 32-acre tangle of old Sessile Oak and over a dozen other wild native tree species, all dripping with epiphytes (plants growing on trees, one of the defining characteristics of rainforest anywhere in the world). 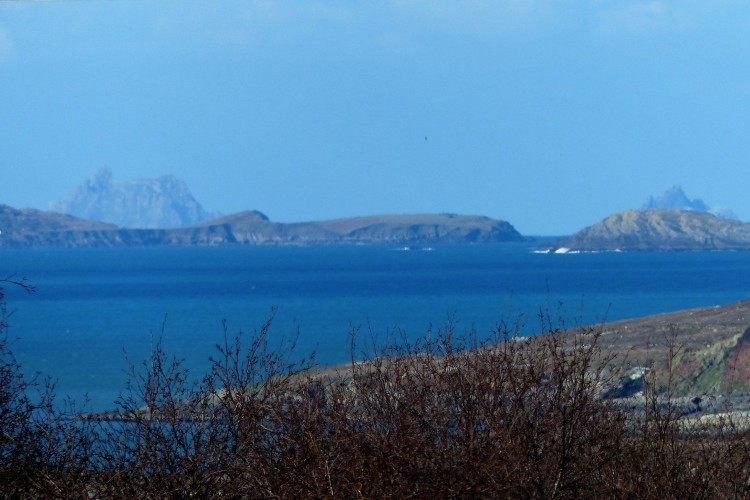 Overlooking the Atlantic Ocean, with views out to seven islands including Scariff, Deenish, Inisfarnard, and the famous Skelligs, the setting is spectacular, and changes continually with the infinitely varying moods of the sea.

How to book a visit
click here
What is Beara Rainforest all about?

The little that survives of Ireland’s temperate rainforest is almost all in a very poor state ecologically. Highly fragmented by roads, human habitation, and areas devoted to agriculture, non-native conifer plantations or industry, the small semi-natural fragments that remain are highly vulnerable to - and are mostly presently in - further decline.

A major threat is that of severe overgrazing by a variety of herbivores, almost all non-native species such as Sika Deer, Feral Goats, and Sheep. Overgrazing strips away almost all of the ground flora, and prevents any natural regeneration of the woodland trees by killing seedlings, thereby causing the slow death of woodlands as older trees age and die without a younger generation to replace them.

In addition, by removing most of the competition for light in the form of native vegetation, overgrazing greatly facilitates the spread of such invasive non-native plant species as Rhododendron ponticum, which, given time, will destroy a native woodland ecosystem.

The dense monocultures that are created when Rhododendron takes hold block almost any light from reaching the woodland floor, preventing the growth of practically all native plants other than mosses and liverworts. Almost nothing will eat the Rhododendron leaves, as they naturally contain a toxin to discourage feeding animals, whether insects or vertebrates.

A single mature Rhododendron bush can put out a rain of several million seeds every year, and every seed that germinates and grows into another plant can be producing seed itself within little more than a decade. The result is that, if not dealt with at an early stage, large areas can quickly become choked with the plant. At this point its eradication becomes extremely difficult, labour intensive, and costly.

Sadly, almost all remaining pockets of native woodland in Ireland are affected – often acutely so – by a combination of these problems.

The restoration of Beara Rainforest began in May 2009, with the initiation of an intensive programme of invasive plant removal, as substantial stands of mature Rhododendron were present within the site and in surrounding lands. In addition, a variety of other non-native invasive species, including Giant Rhubarb, Japanese Knotweed, Sycamore and Chilean Myrtle needed clearing.

Tackling the mature plants first in order to stem at source the flow of seeds into the surrounding area, the Rhododendron and other invasive plants have been systematically eradicated. Such work requires tenacity and patience, as Rhododendron seeds can survive intact for almost a decade before germinating. In reality, removal of these alien invaders can never cease entirely, as the tiny seeds can - and do - blow in from miles away.

Another essential step towards conserving the woodland at Beara Rainforest was the erection in 2010 of a deer fence around most of the land to prevent very severe overgrazing by Feral Goats and Sika Deer. This had reduced the ground flora to practically zero, and had been preventing any natural regeneration of the trees for decades. Furthermore, Feral Goats had killed a large proportion of the mature trees - especially Holly and Rowan - by stripping the bark from the trunks.

These restorative actions have, over the years, begun to deliver quite spectacular results, with an explosion of luxuriant growth and biodiversity. Equally importantly, natural regeneration (i.e. the emergence of new saplings through self-seeding) of wild Sessile Oak, Downy Birch, Holly, and all of the many other tree species native to the area is in full flight, giving cause for hope for the future health of the woodland.

Scots Pine is known to have comprised much of the area's woodland in prehistoric times but, as in almost all of Ireland, had died out as a result of human activities. The tree has been reintroduced at Beara Rainforest, as it would have played a very significant role in the ecosystem, supporting a wide variety of fauna such as Red Squirrel and Pine Marten.

One of the primary objectives at Beara Rainforest is to serve as an example of the potentially immense biological wealth of Irish temperate rainforest - even where limited to a relatively small and fragmented area - if adequately protected from the damage we cause it (for example, through invasive non-native species).

A further purpose of the reserve is to act as a ‘living laboratory’, within which the results of different approaches to restoring the ecological integrity of such ecosystems can be directly observed in the field. Visits by local primary school children are facilitated annually, with the aim of helping engender an awareness of the importance of such places in future generations.

The hope is that each and every visitor to Beara Rainforest will experience at first hand the beauty and biological richness of Irish temperate rainforest, and will come away with an enhanced and deeper appreciation of just how unique and worth preserving it is.

About Eoghan Daltun
Self-taught, rather than a trained ecologist or biologist, Eoghan is passionately interested in all aspects of ecosystems, how people interact with them, and what is required to allow them return to a healthy state. Having gained his knowledge through a combination of spending as much time in the field as possible (including a month in a variety of South African temperate and subtropical rainforests) and reading voraciously, one of the things he enjoys most about ecology is the fact that the more one learns, the more one realises there is always still far more to learn! Visitors to Beara Rainforest should therefore expect to be engaged in an interactive discussion of the woodland around them, rather than passively listen to a one-way talk. Visits will also be tailored in a relaxed - and highly personalised - way to accommodate the varying levels of knowledge and understanding that the visitors themselves bring with them.